The Empathy Machine | The Source Weekly


This makes me feel incredibly old, but I’ve seen at least one movie at every BendFilm Festival since its inception 19 years ago. Having watched the fest go from folding chairs in Midtown Ballroom at midnight (checking out Ti West’s first feature, “The Roost”) to interviewing indie legends like John Sayles and Debra Granik, BendFilm’s evolution has only been a positive one. Don’t get me wrong, the early years of the festival were very exciting, as it felt like being on the ground floor of something lasting and important, but now being recognized by the Academy of Motion Picture Arts and Sciences as an Oscar-qualifying event is an astounding glow-up.

Under the executive direction of Todd Looby, the festival programming of Selin Sevinc and everyone from the venue managers to the screening committee, BendFilm has become more diverse, more inclusive and genuinely seeks out marginalized voices that deserve to be heard. Each year, there exists a very thin thread that thematically connects the features, documentaries and shorts. While I haven’t watched everything (although I will for next week’s issue, when I build a schedule of my favorite movies for those having trouble deciding what to come see), I found a powerful thread of empathy connecting the movies I’ve watched so far. Here’s a look at a few I’ve enjoyed. 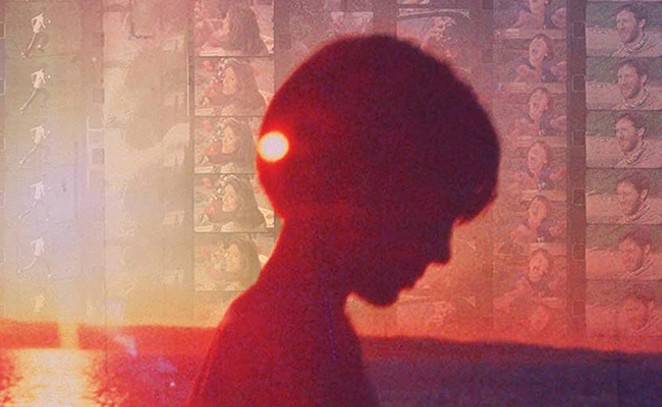 “Sam Now:” I would guess this documentary has a good chance of winning Best Documentary, Best Editing, the Audience Award or some combination of the three. This spellbinding doc follows director Reed Harkness, who spent 25 years of his life filming his younger brother Sam, eventually taking him on a 2,000 mile road trip looking for the mother who abandoned him as a teenager. “Sam Now” is a spellbinding look at generational trauma, the power of art and the cycles of life we can become trapped inside. Filmmakers will be in attendance.

“Jacir:” Jacir is a Syrian refugee living in a rough area of Memphis, settled next to a racist and opioid-addicted older woman. This narrative feature is a powerful look at the refugee experience in the U.S. and an unflinching elegy to those society leaves to fester inside an unsparing opioid crisis. The lead performances by “The Sopranos'” Lorraine Bracco and Malek Rahbani are legitimately astounding and deserve to win every major award at the festival. Filmmakers will be in attendance.

“Sweetheart Deal:” An unflinching gut punch of a documentary following four sex workers in Seattle who are all deep in the throes of addiction, and the self-proclaimed helper who lives in a roadside RV, offering the women a supposed safe place to sleep and heal. This might sound like a depressing offering (and it does have its moments), but the film is actually profoundly empathetic and life affirming. Directors Elisa Levine and Gabriel Miller use such an unobtrusive verité method to the filmmaking that the entire documentary feels like an unprecedented view into a world we never see. Filmmakers will be in attendance.

“Pasang: In the Shadow of Everest:” This is an inspiring and breathtaking documentary about Pasang Lhamu Sherpa, a Nepalese woman on a tireless quest to be the first woman to summit Everest. Her story not only inspired people to follow in her footsteps, but reshaped the entire Sherpa culture forever. Documentaries this expansive are rare and wonderful. Filmmakers will be in attendance.

Check back with the Source Weekly next week, when I’ll get granular with the festival schedule and break down exactly how to maximize your time to have as much fun over the weekend as possible.

Why it's time to MOVE ON from Houston Texans QB Davis Mills!?

Port of Morrow commits to up to $200 million in improvements

‘The Goonies’ house in Astoria has sold