As a single 20-something in Central Oregon, it’s pretty routine to download a dating app or two in the quest to cure a dreaded case of boredom. Whether looking for love, or something a bit more casual, here’s my take on what the most popular platforms have to offer if you’re looking for love this Valentine’s Day! 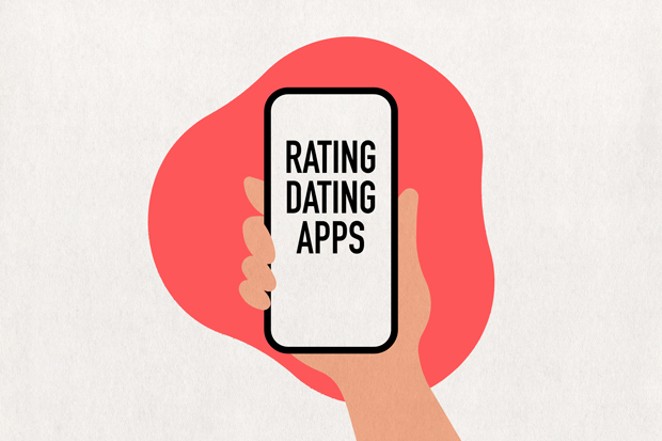 General vibe: From a Source contributor perspective, Tinder is strictly for hooking up and maybe finding a girlfriend if a sane, cute and non-drug addicted woman wanted to give me the time of day. I hope and pray that other inputs on the matter are different, but from some of these intro’s the old saying women want it just as much as men seems to be a true statement.

Pros: The pros of Tinder are extremely straight forward. Hit up attractive people, hang out and then go from there. Ding Dong the witch is dead!

Cons: The cons of Tinder align with anything negative having to do with a smaller community – everybody knows each other! If you walk into Wal-Mart and see one or more of your Tinder matches, hastily delete the app. You live in a small city.

A noteworthy success (or failure) story: One time this chick came over and we Netflix n’ Chilled for the night. My experience with Tinder seems to mainly involve encounters of this sort. I call them successful, but it’s all about perspective.

General vibe: The vibe of this app feels like Tinder’s feminist sister coming out to take over the dating scene. With women having more control over who they come in contact with, it gives both parties involved a little less worry about being left on read.

Pros:  The ability to access the app for free, the choice of dating, finding friends or making business associates and the idea that women message first! I consider women messaging first a pro because unlike other apps with the chance to message first you never know who’s really interested. Whereas with Bumble your 100% sure she’s about it because she hit you up first.

Cons: A major con for Bumble around these parts happens to be the number of swipes you initially get when first installing the app. After skimming past a few profiles, users are hit with the dreaded “You’ve hit the end of the line – for today!” Plus, when only women are allowed to message first it can play devil’s advocate to the pros of getting women to message first.

A noteworthy success (or failure) story: Bumble has the same track record as Tinder for me. One time though, I went out with this girl to a fancy restaurant in Eagle, Idaho and it was like taking a robot out to get drunk. I may just be judging a bit too hard, but any doctor will tell you Xanax and alcohol don’t mix well.

General vibe: Being the oldest of all the apps in this conversation, Plenty of Fish gives off an early 2000s vibe for sure. After logging in, users are greeted with a ’90s-style-blocky app that seems to only carry a one type of woman. Older, country type. Or worse, scammers.

Pros: A definite pro for Plenty of Fish is the possibility of meeting a sugar mama.

A noteworthy success (or failure) story: The scammer stories span the internet when it comes to POF. YouTube is a great place to go check out barely readable texts from foreign countries who try to rip off poor lonely Americans who are only looking for love and attention.

General vibe: Compared to other dating apps, Hinge seems to be for those actually looking for love and fulfilling relationships. Vidaselect.com suggests that the app is specifically designed for millennials looking for long-term relationships and not just hookups.

Pros: Hinge produces a more focused outlook on profiles their users may be interested in.

Cons: A major con for this app is that free users only get 10 likes, or swipes a day, which brings in the need for patience when finding love online.

A noteworthy success (or failure) story: Reddit is an excellent place to find both success and horror stories within the dating app world. Since Hinge is “designed to be deleted,” success stories could outweigh the horror. User “Genome-engineer” posted a thread about meeting her boyfriend on Hinge and literally deleting the app. The post continues by talking about an upcoming trip the couple plans on taking and ends with prayers and words of good luck to those reading. For the full posting visit, reddit.com/r/hingeapp/comments/ef5gp7/hinge_success_story/.

General vibe: Having never used this app before it took a bit of research to find out the vibe users held for Grindr. Sitejabber.com listed Grindr as 12th among other gay dating sites and mentioned drug dealers, fake profiles and customer service as major issues.

Pros: According to sitejabber.com, if you’re looking for drugs you may find them.

Cons: The site is filled with drug dealers.

A noteworthy success (or failure) story: A now-deleted Reddit user posted a horror story about a hookup on Grindr that went south quick. Sex, lies and the police are a bit of background in this scandalous encounter. Visit this link to read the entire thread, reddit.com/r/grindr/comments/e2dfmr/my_grindr_story_how_my_life_was_ruined_raising/.

Hankering for home cooking: Baker School District strives to reduce use of…

How To Bet On New York Giants vs Dallas…