Once every two weeks Reddit User TailorGlad3272 spends over five hours reporting the Bend City Council on the subreddit r/Bend, a forum where users share news, ask questions and discuss all things Bend. The meeting notes have been so well received that Glad’s now gone cross-platform, starting a Twitter account under their pseudonym and a Substack, a paid newsletter service. Glad requested anonymity for reasons discussed in this article.

Source Weekly: How did you, in the golden age of television and entertainment, get into watching the city council and why?

Tailor Glad: Well, I guess it was a few years ago. I took an intro to political science class and one of my assignments was to go to my local city council meeting and write about it. I had a great time, I really enjoyed it. I began watching the Bend City Council meetings around eight months ago. When I started to get really invested, I tried to find a place to talk about the meeting, but I wasn’t able to find any active discussion threads. I figured if I wanted a place to talk about it, I would have to make it myself. I tried to find some kind of resource to post on the Bend subreddit so that people could talk about the meetings, but nothing was coming out fast enough for facilitating that kind of same-day discussion. City council videos aren’t posted for hours after the meeting is over and reporting about the meeting comes out slowly over the course of days and doesn’t really go over the meeting as a whole; they’re focused on specific parts. I decided to try making a meeting summary myself. 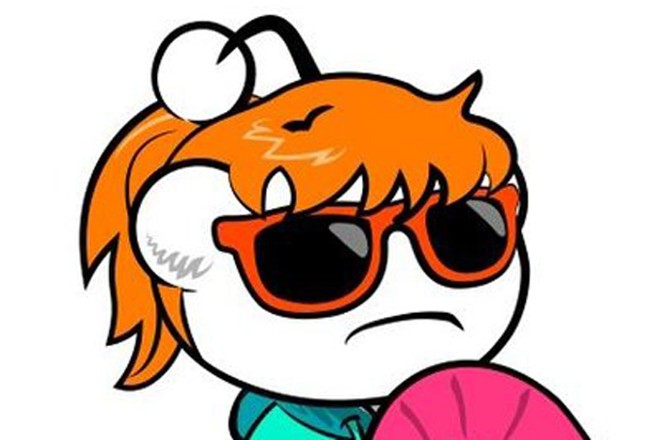 SW: Your write-ups are really detailed and informative. But there it also has commentary and I did want to ask how you toe the line between just straight facts reporting and opinion.

TG: It’s something that I actually think a lot about and it’s a hard thing to get right. I really try my best to portray what councilors are trying to say in good faith and as accurately as possible. I also try to make it obvious when stating an opinion that what I am saying is coming from me and not the councilors. I think most of the time I am able to do that.

SW: How has how you’ve handled this changed over the course of the project? Are you doing things any differently since the first post?

TG: How I approached the project has definitely changed over time. At first I just typed as I watched live. I just sat down, put the City Council meeting on and just started describing what I was experiencing and what I thought. People liked that, and they responded really well to it, but it was a lot more challenging than I expected. It was very difficult, especially with some of the more complicated agenda items, to explain what an issue was about in real time. So one of the things I started doing very early on was make an outline from the agenda beforehand. It gives me a good structure for the post and lets me spend more time describing complicated topics. I also started doing a little bit of creative writing for the intro paragraph, which I find very satisfying. One of the things I am working on right now is trying to figure out how to make the post more easy to understand and accessible for people who don’t know what common terms used in the meetings mean.

SW: What kind of response have you seen, both positive and negative?

TG: The response has been overwhelmingly positive. I know some city councilors really appreciate it. They like how it makes the meeting more accessible. I’ve heard some staff members use it as a litmus test to make sure that they are communicating effectively. I’ve had a lot of people say they want to keep themselves updated and engaged about what the City Council is doing, but they don’t have six hours to watch it themselves.

Not all the feedback has been positive. Different people like my notes for different reasons. Some people like it when there’s more opinion, and some people prefer it when it’s just cold reporting of what’s happening. Other people like my notes best when I type them cross-faded out of my mind. I can’t really make everyone happy at the same time. It’s difficult, because I’m not exactly sure where in that spectrum I want to be and where I am on that spectrum changes each post.

SW: These meetings can be pretty long and in the weeds. What’s your biggest frustration, if any, covering these things?

TG: Public comment can be pretty frustrating. There’s always a lot of different people that call in to talk to the city council about things that they care about deeply. They’re often not the most respectful people. Sometimes it’s really hard to listen to someone saying something that’s just really wrong and really upsetting. There’s a caller that I mute every single time they speak because it just really gets to me. They call in all the time.

SW: It seems like you value your anonymity and I wanted to ask why that was.

TG: I’m a pretty neurotic person, and it is difficult for me to feel comfortable expressing myself. It’s easier when I’m anonymous. I don’t really know why that is. I’ve been on Reddit for nine years under various different pseudonyms and it’s one of the only places that I can communicate without feeling debilitatingly self-conscious.

Being a public figure is not something that I want to be. Councilor [Rita] Schenkelberg expresses their opinion and is cyber bullied for it regularly. I don’t want that kind of attention. Expressing your opinion publicly with your name attached is a kind of bravery I do not possess.

SW: You’re now on Substack, where people can pay to support your work, and Twitter. Do you have any other plans to expand either in platform or content?

TG: I don’t plan on expanding to any other platforms at this time. For now, I’m only doing the twice-a-month city council meeting notes, but if the Substack is really successful I would consider expanding it to include editorials, coverage of County meetings or other similar content. If I was getting paid more for it, I could definitely put more time in. But right now it’s only a passion project, I’m getting paid about $3 an hour for my work. This is not something that I can afford to devote additional time to at this point.

How To Bet On New York Giants vs Dallas…