Portland ADU tour lets you see how to put 2 legal, income-producing tiny homes on your lot


Homeowners interested in having separate guest houses or income-producing rentals on their city lot can learn about new zoning rules and see a variety of designs during a tour of Portland’s accessory dwelling units (ADUs) on Saturday, June 25.

Ticket holders ($30; accessorydwellings.org) can talk to owners, builders and designers about the decisions made to meet the owners’ needs and budget.

One stop on the self-paced tour is a cottage cluster, a group of detached homes around a central common space. Other examples of legal housing added to a single-family residential lot are ADUs built from a kit or shipping container as well as a tiny house on wheels.

Extra homes are also attached to an existing house or built on top of a new garage.

The popular tour, which was canceled in 2020 and 2021 due to the coronavirus pandemic, is organized by Kol Peterson. The Portland small house advocate has been promoting ADUs to landowners, environmentalists and government decision-makers since 2011.

Over the years, Peterson has offered courses through the Accessory Dwelling Strategies company. And thousands of people curious about or committed to adding a small dwelling or two have attended his tours.

Interest in developing lots previously reserved for a single house and one ADU increased in the last two years when Portland adopted its Residential Infill Project and Oregon passed House Bill 2001 to help ease the state’s longstanding housing shortage and high costs.

“This year’s ADU Tour intentionally highlights some of the new types of housing forms that are now allowed,” including two accessory dwellings on one lot, Peterson said.

Small, energy-efficient homes require less construction materials than larger houses and studies show they continue to save on heating, cooling and maintenance costs over time.

Critics, however, don’t like the density, parking issues and loss of greenery caused by home building.

In Peterson’s comprehensive book, “Backdoor Revolution-The Definitive Guide to ADU Development” ($15 ebook, $25 print), he wrote about people who downsize into a smaller home on their property and rent out the main house to fund their retirement or hobbies like traveling.

The most popular reason to build an ADU: People don’t want to move from their neighborhood or give up a beneficial mortgage, but they need more space for their multigenerational family or want rental income.

Some single-level small homes are designed to age in place.

Even with the cost of the land covered by the mortgage for the main house, an ADU can cost close to $400 a square foot to build. Many owners save by doing some of the finishing work themselves.

Here are design highlights and the cost to build each one:

High-end ADU: May Leong added a small second home with a steel roof and siding in a classic board-and-batten style on her property in Southeast Portland’s Richmond neighborhood.

Trees, plants and space create privacy screens between the main house and the ADU.

Willie Dean of Ground Up Design Works planned the 252-square-foot home with skylights, windows and a glass door to draw in natural light. Environs built the contemporary-style structure on a concrete foundation.

The sleeping nook has a space-saving bed frame with storage drawers and a built-in armoire.

Each ADU was designed by Matt Daby of M.O.Daby Design to be equipped with a renewable energy system that can offset all or most of its annual energy consumption. The net zero-ready dwellings have earned Earth Advantage platinum status.

Beyond the covered front entry of each of the two-story ADUs is a vaulted living room and a full-size kitchen.

Home office and ADU: Adam and Shelley Zucker replaced an aging garage on their residential property in Southeast Portland’s Laurelhurst neighborhood with a new workshop and garage on the ground level and an ADU and home office on the second floor.

Jack Barns Architect designed the plan for the 692-square-foot structure on the oversized, deep lot.

“The operable skylights in the vaulted ceiling and operable windows allow excellent air circulation and cooling for the ADU,” said Shelley Zucker.

Accessible, affordable home: A garage in Northeast Portland’s Concordia neighborhood was converted into a rentable, 576-square-foot apartment to benefit the homeowner and a tenant with disabilities.

The project was supported by Community Vision, a Portland-area nonprofit that provides individualized housing, employment and home ownership services to Oregonians with disabilities, according to executive director Jennifer Knapp and founder Joe Wykowski.

Mitchell Snyder Architecture designed the plans, and Andrew Morphis of Roost Homes was the general contractor. The unit can become fully accessibility with universal design features for a resident with mobility challenges when needed.

Kovco can register his development project as a cottage cluster after House Bill 2001′s new code takes effect on July 1, 2022.

Find out if your lot can have more units with this map.

Basement and garage conversions: Thomas Hudson has two spare homes on his property in Northeast Portland’s King neighborhood. He converted the garage into an apartment and is under construction to make the basement in his house a self-contained apartment with an exterior door.

Hudson had four large windows cut out of the basement’s concrete walls to draw in natural light. Eco features include a water-saving, dual flush toilet, low-VOC finishes and extra insulation.

Kit package: Naomi Campbell has created two rental units on her lot in Northeast Portland’s King neighborhood. She converted the basement of the main house into a 500-square-foot apartment, and in the backyard, she built a 483-square-foot, detached ADU.

She bought an ADU kit from Mandala Homes that included plans as well as lumber for the outer framing, siding, doors, windows and roof. Campbell designed the interior and was the general contractor assisted by Lifetime Builders and Fine Grain Construction.

The yurt-inspired home on a concrete slab has a round wood ceiling, skylights and bands of tall windows.

The owners did significant work themselves with help from Better Builders of Oregon to construct the 1,135-square-foot addition, which includes the 799-square-foot ADU and a 336-square-foot primary suite in the main house.

Environmentally friendly elements such as a wall system of insulating concrete forms (ICF) and passive solar design were installed.

Home for an aging family member: Michelle Stephens and Quaine Day, who wanted a place for an elderly family member to live, had a detached ADU built in the backyard of their home in Northeast Portland’s Hazelwood neighborhood.

The ADU has 480 square feet of living space plus an 80-square-foot loft. Walls of quarter-inch thick steel and a metal roof make it low maintenance.

Structural changes were minimal based on plans by Mitchell Snyder Architecture that included installing sliding glass doors and a skylight. Andrew Morphis of Roost Homes was the general contractor.

Potential stacked ADUs: Danni Duggan and Bud Garrison, who live in Southeast Portland’s Sunnyside neighborhood, built a two-story, freestanding building with a one-bedroom apartment on the ground level and additional living space for the primary residence on the second level.

The owners are real estate agents who were trained as ADU specialists through Earth Advantage.

Green features include insulation that is higher than required and WaterSense-certified products such as Toto Aquia IV dual flush toilets as well as an Energy Star refrigerator and dishwasher.

Tiny house on wheels: Deb Delman installed a 160-square-foot tiny house built on a travel trailer by Zyl Vardos in the backyard of her home in Northeast Portland’s Cully neighborhood.

Tiny houses on wheels are now a legal form of long-term housing on Portland residential properties.

Delman also converted her garage into an artistic rental space based on Das Chapin’s design plans.

More on the accessory dwelling units:

• ‘Backdoor Revolution’: Little houses are coming to your street

• ‘Mom, Dad, kids, I’m home’: Builders are making it easier for generations to live together under one roof

• A cottage industry: Reasons to build a small, second home on your lot

• Lewis & Clark College students build, plan to give away tiny house: ‘We have a housing shortage’

Celebrate Fat Tuesday with little ones!

1 in 2 homes sell over asking price in Dayton region 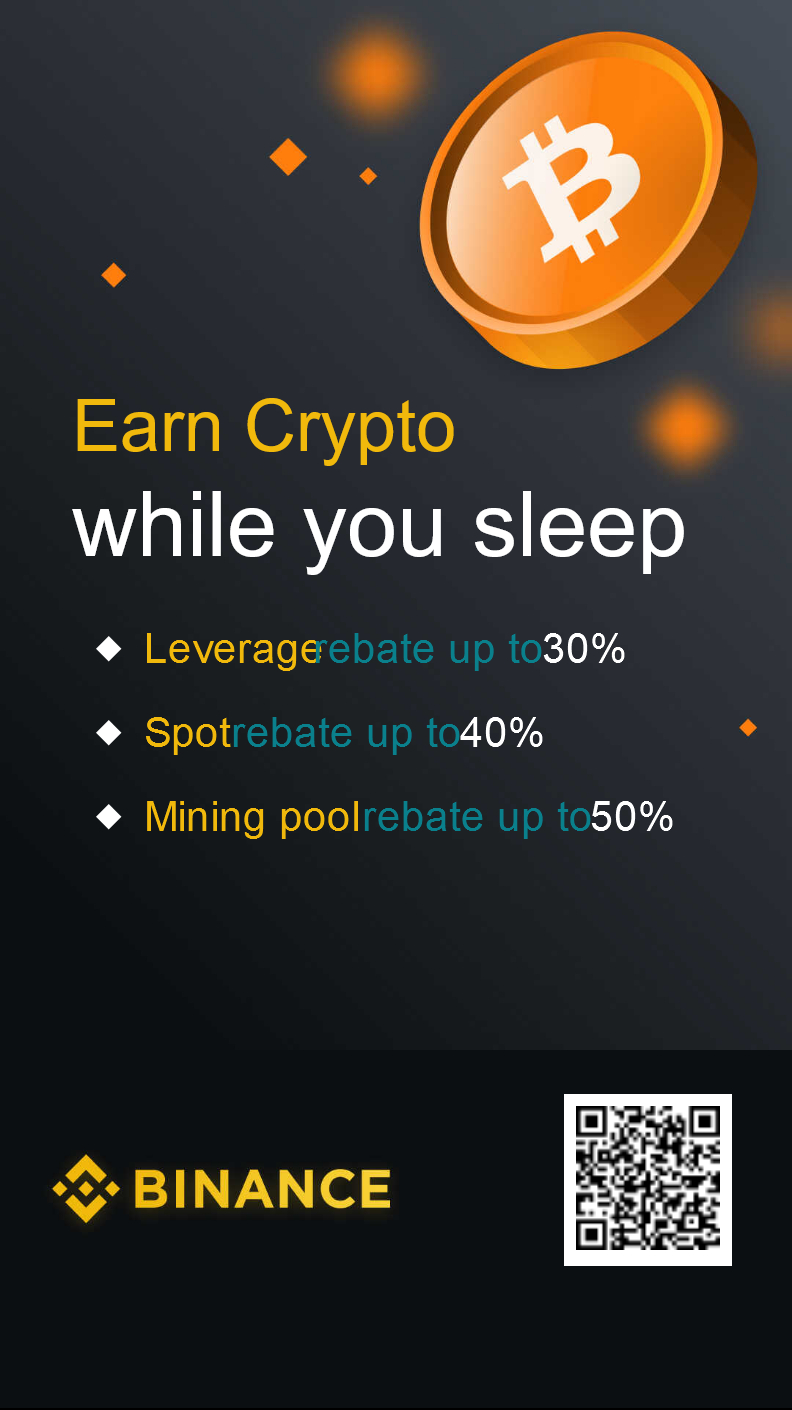 ‘Clarence Thomas Should Be Impeached’:…

1 in 2 homes sell over asking price in…

Farms under pressure from illegal pot –… 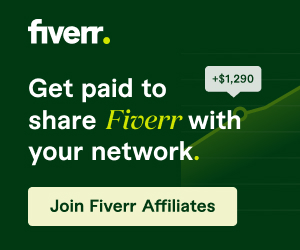